This was the 2nd year running that Slab have headed up to the capital for Vegan Life Live, a fantastic event celebrating all things plant based! We had a busy couple of days meeting lots of fudge lovers, check out these photos for a flavour of this great event. Hopefully we’ll make it next year for a 3rd year! 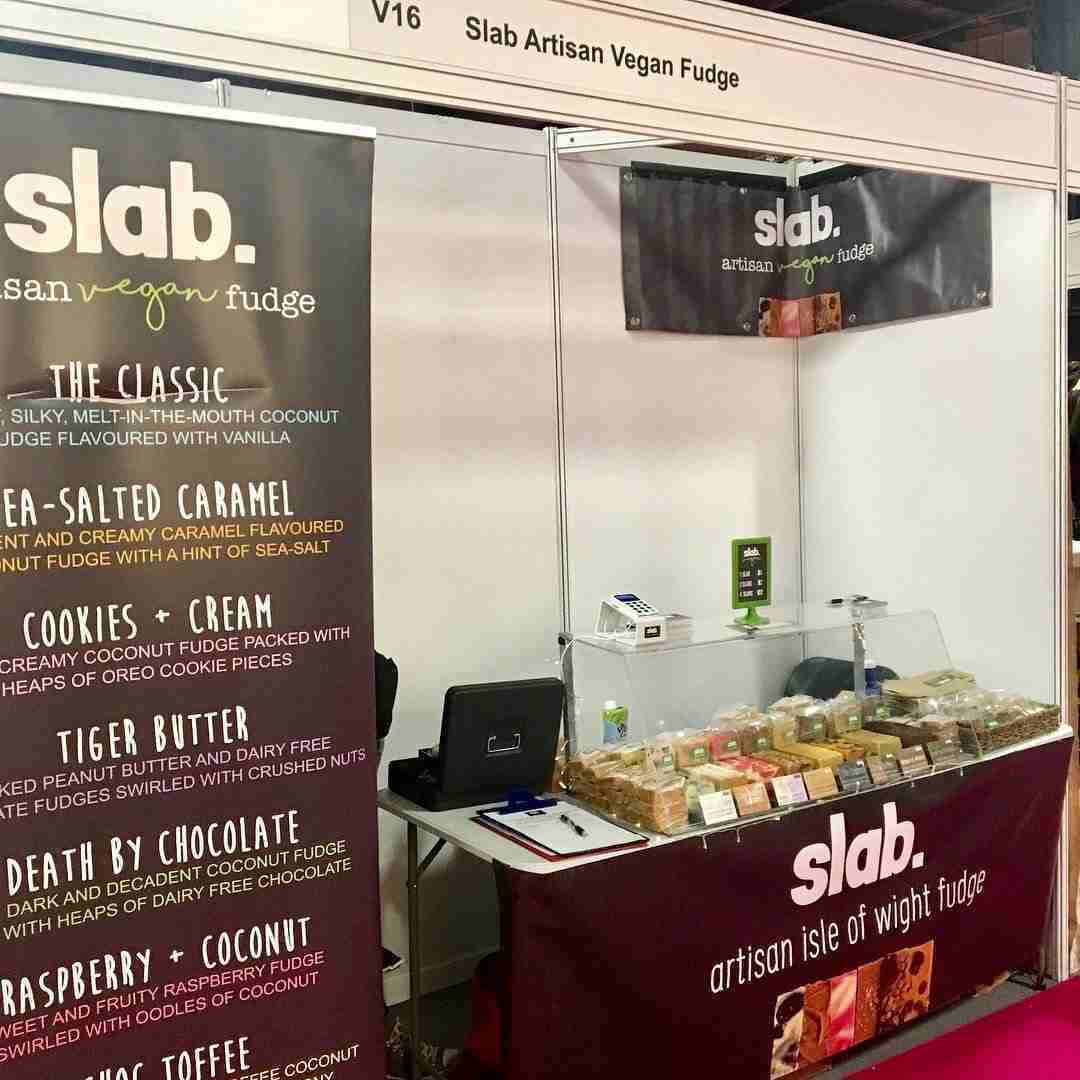 This was Slab’s last large vegan event before the summer hopefully kicks in on the isle, and it was nice to go out on a bang! A fantastic weekend meeting lots of lovely people and introducing Slab to the north. We also found some potential outlets who would like to stock our fudge, so hopefully it will be available at a few choice places up north too!! Thanks for having us Manchester x 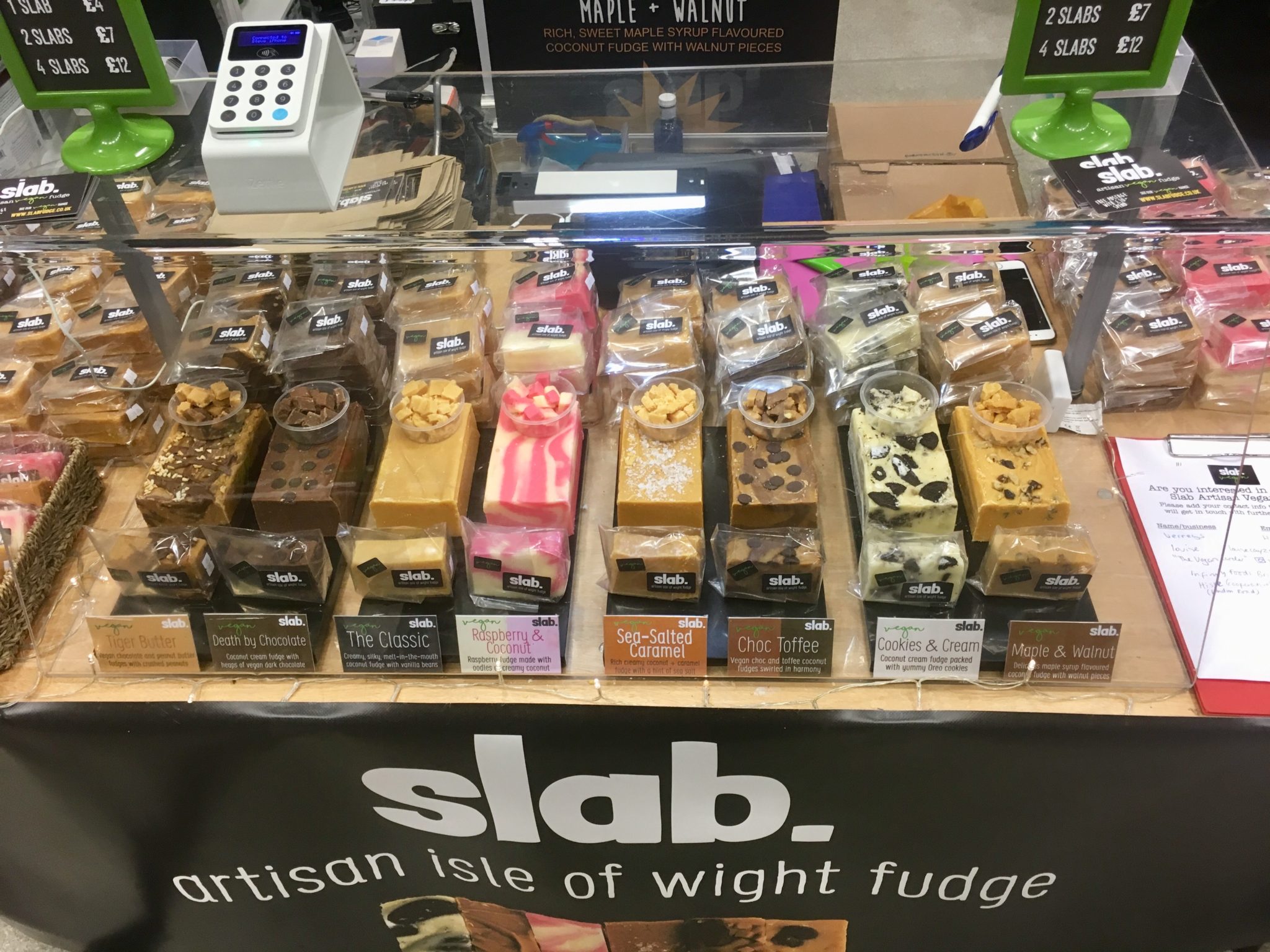 We absolutely loved VegFest in Brighton! Such a great event to be a part of – surrounded by lovely fellow traders and spreading the Slab love down in the South East of England …

Lovingly produced by hand on the Isle of Wight, Slab Artisan Vegan Fudge uses a base of coconut cream to create eight decadent and unctuous flavours to tempt you.

From the ever popular Sea Salted Caramel to the wicked Tiger Butter, rest assured that every one of our fudges are created in small batches by hand to ensure only the highest quality and most mouth-wateringly delicious fudge, every time.

All vegan Slabs are currently on sale – £2.50 per Slab! So what are waiting for – Vegan Slab Sale 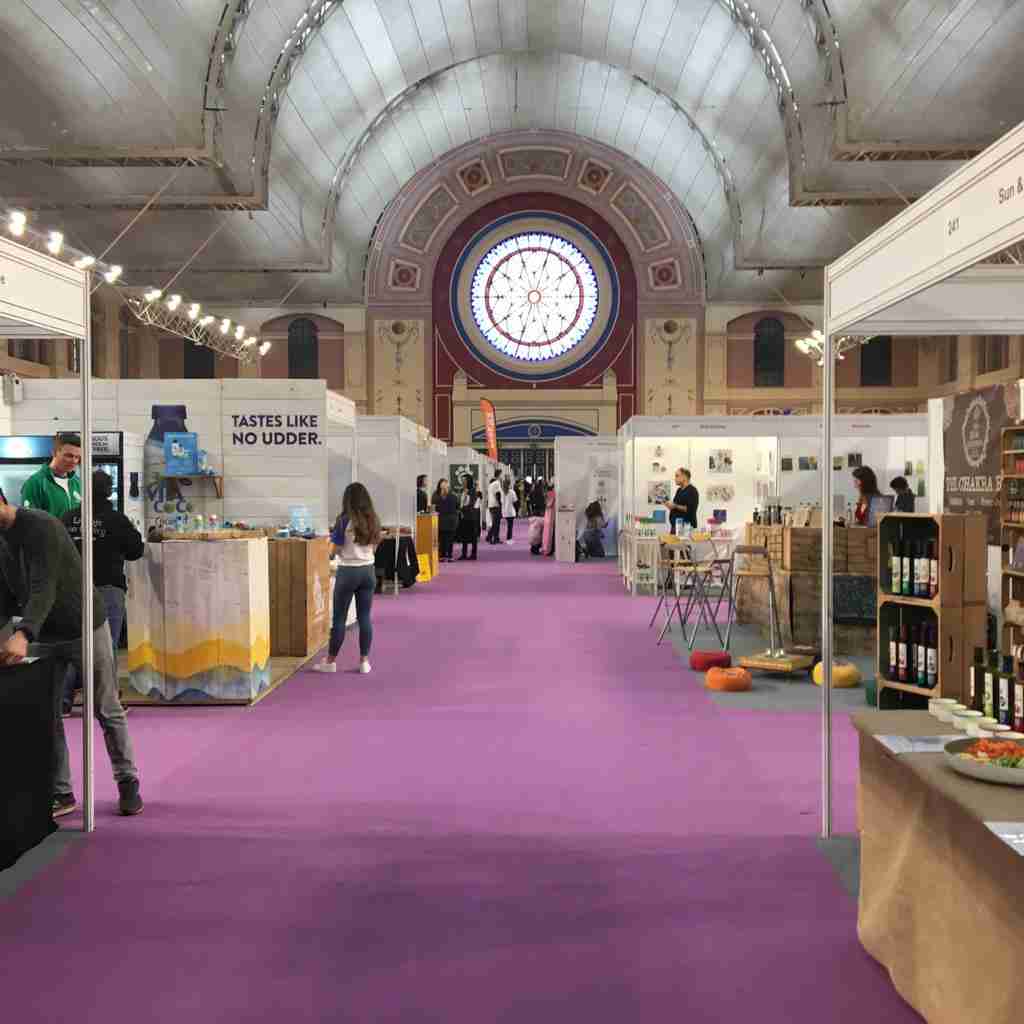 We had an absolutely cracking weekend up in London for the Vegan Life Live show! We met so many lovely people – both customers and fellow exhibitors. This is the first large event of this scale that we have attended and it’s great to know that we can meet the demand! We received some fantastic feedback and are so pleased to have been part of such a wonderful event.

And now that we have stress tested the fudge operation, we can now look forward to the upcoming events in Brighton, Manchester, Bristol, Portsmouth, Southampton, Christchurch and Poole!!! 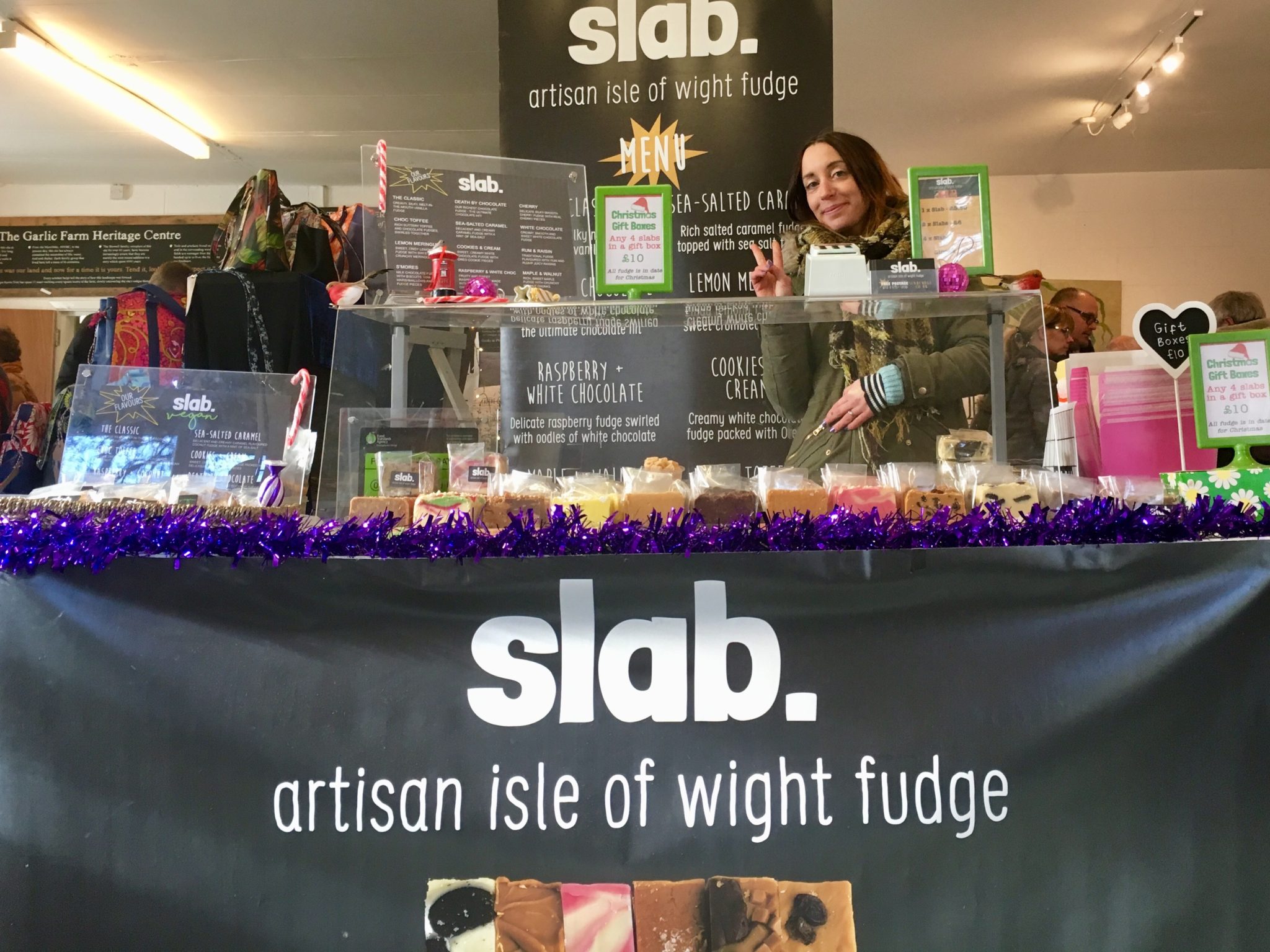 Slab got Christmassy this year at The Garlic Farm, for the I Love Wight Xmas Market. We had a fantastic weekend in this beautiful part of the island.

Our Xmas Slabs also seemed to go down very well …

However, if you were unable to make it, remember you can always grab some Slabs online before Christmas – Shop 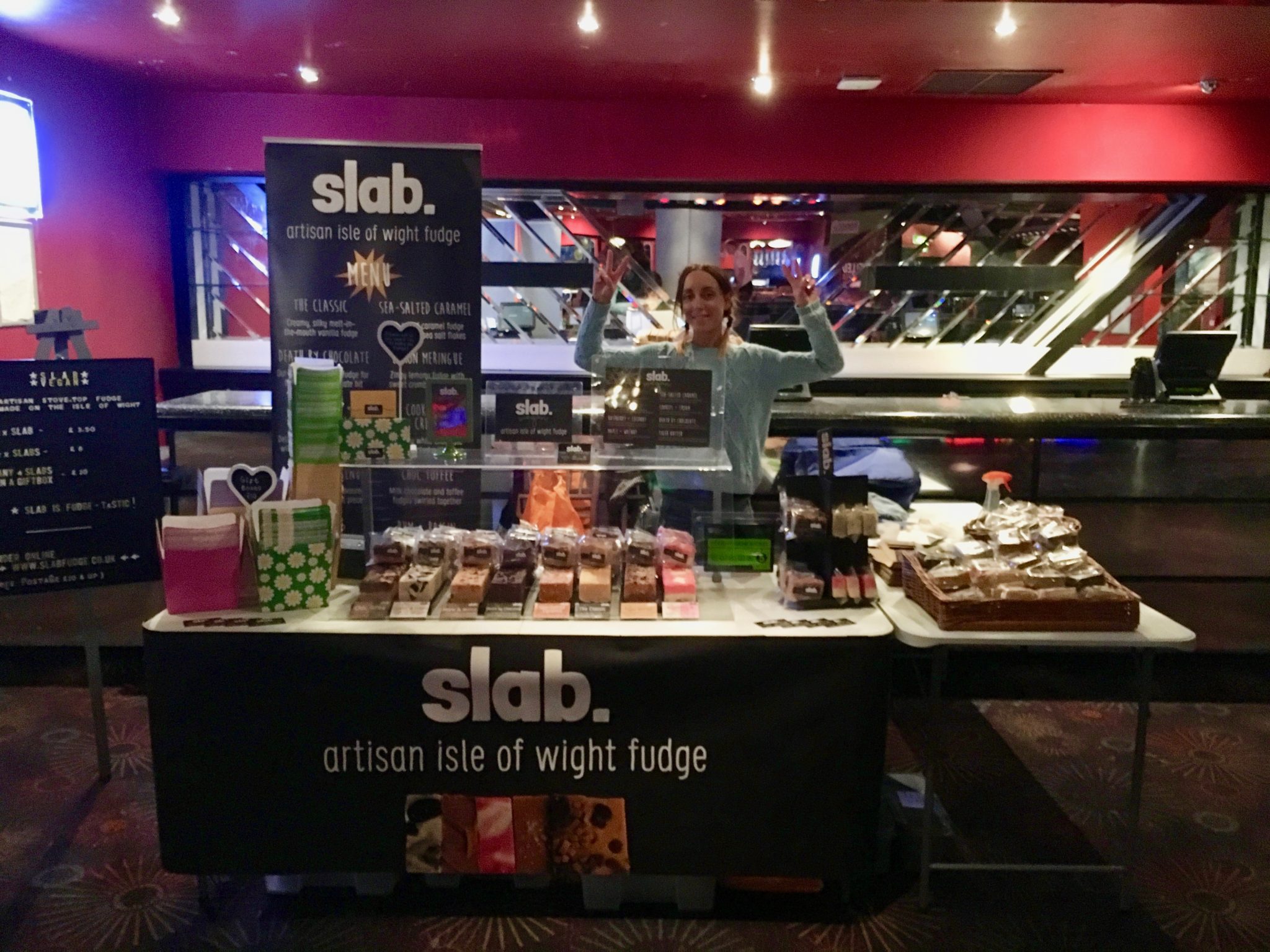 This was Slab’s first fully vegan event and we were really excited to attend, but also a little nervous. We are not a 100% vegan company as we obviously sell our dairy fudge, so were slightly worried that people would wonder what we were doing there. However, we are pleased to report that our vegan range went down an absolute storm in Southampton, with us running out of supplies mid way through Sunday!

And having had such a positive and enjoyable experience in Southampton, we are now booked up for VegFest in Brighton in March. And also VeganLife shows in both London in February and Manchester in April. So it’s already looking like a busy start to 2018!

Time-lapse footage of the set-up of our Slab Artisan Fudge stall at the first Southampton Vegan festival this year.